Pietermaritzburg - A Witness newspaper delivery man believes he is lucky to be alive after falling victim to a vicious dog attack while on his rounds on Tuesday.

Leslie Mkhize (38), of Eastwood, was delivering The Witness newspapers in the Woodlands area in the early hours when he was attacked by two pitbull terriers.

Mkhize sustained multiple bites on his body and face when two dogs from a house close to the one where he was delivering newspapers, escaped from their property and attacked him.

The dogs’ owners, who heard Mkhize’s screams, intervened and managed to pull them off him. They then called his boss, who picked him up and rushed him to hospital.

He spent several hours in the casualty ward of Northdale Hospital before being discharged at midday.

A visibly traumatised Mkhize told The Witness that he suffered multiple open wounds and skin tears, and is having trouble lying down.

“I thought those dogs were playing on the road, but then they just came straight for me. I am bitten everywhere. They even cut open my neck. I lost a lot of blood.”

He added: “I feel so dizzy and I can’t even remember being brought to the hospital.”

Mkhize was taken for an X-Ray at the hospital but said it was clear.

His employer, Kevin Pillay, had to fetch clothes for him as his own clothes were torn to shreds and drenched in blood.

“I didn’t realise how bad his injuries were until he removed his shirt and we just saw his flesh hanging,” Pillay told The Witness.

“We’ve been delivering in Woodlands for 18 years and it’s the first time something like this happened.”

Fellow delivery man Ashwin Moodley, who delivers papers in the Northdale area, said: “I’m worried. This could happen to me. When we deliver, we have to put the paper exactly where a subscriber wants it, be it a postbox or in the driveway, so we have to get out of the van.

“We are worried about thugs who could rob us and now we have to be vigilant for dogs.”

Lexi, a two-year-old pit bull, was involved in vicious attack (The Witness)

The dogs’ owner, who asked not to be named, said he suspected the dogs had somehow escaped through the fence because their front gate had been locked at the time.

“I was awoken by the screams. I thought that someone was being robbed,” the owner said.

“I came outside and saw the dogs on top of him and I was just hoping the ou was alive. I took a rake and used it to separate the dogs from (Mkhize).”

He added: “I’m in shock. I didn’t know my dogs were capable of that.”

This is the fourth vicious dog attack in Pietermaritzburg that The Witness has reported on this year.

In an earlier incident two postgraduate students were mauled by two rottweilers at the University of KwaZulu-Natal’s Centre for Visual Arts campus. One of the victims, Fay Morris, was critically injured and placed in high care.

In another incident, businessman Farouk Mohamed (74) was hospitalised for two days and required four rabies injections after being attacked by his friend’s pitbull terrier. The pitbull bit Mohamed on the arm, tearing some of his nerves.

A dog groomer, Martie Coetzer, was bitten by four dogs in Boughton when collecting small Maltese dogs for grooming. The dogs, from a neighbouring house, crawled under the fence and attacked her.

She was preparing civil litigation on the matter, The Witness reported.

1
Outrage after dog is hung from tree
Durban, KwaZulu-Natal
Posted Nov 05, 2019 to News

1
Dog in recovery after fire cracker explodes in its throat in Phoenix
Durban, KwaZulu-Natal
Posted Oct 29, 2019 to News 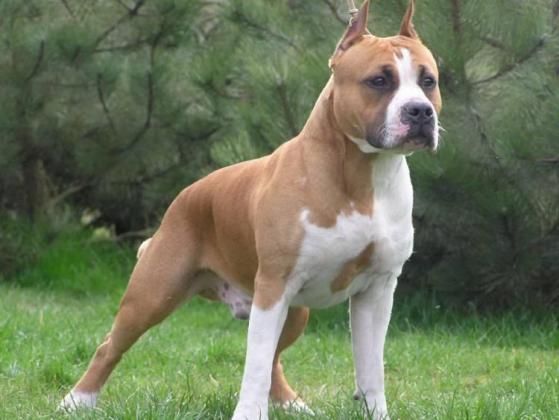 The reputation of the Pitt Bull Terrier has suffered in recent years but it is now being breed as a companion breed again. The Pit Bull immediately strikes one as being a dog of power, passion, and undying willingness.