Posted Sep 19, 2019   2549 Visits
4 Photos
Breed: Afghan Hound
Province: Mpumalanga
City: Secunda
Club Registration: Kusa Registered
The Afghan Hound is an aristocrat, his whole appearance one of dignity and aloofness with no trace of plainness or coarseness. He proudly carries his head, eyes gazing into the distance as if in memory of ages past. The striking characteristics of the breed-exotic, or "Eastern," expression, long silky topknot, peculiar coat pattern, very prominent hipbones, large feet, and the impression of a somewhat exaggerated bend in the stifle due to profuse trouserings-stand out clearly, giving the Afghan Hound the appearance of what he is, a king of dogs, that has held true to tradition throughout the ages. 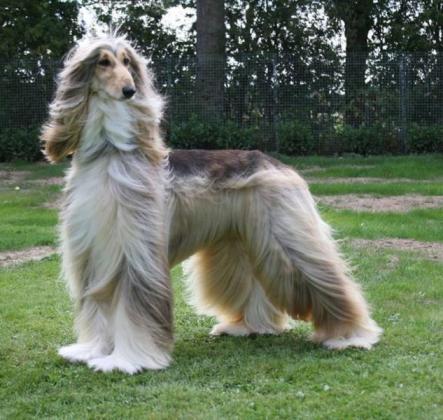 The Afghan Hound is a sighthound with an aristocratic bearing. Tall and slender with a long, narrow, refined head, silky topknot and powerful jaws. The occiput is quite prominent.