Posted Sep 19, 2019   9448 Visits
5 Photos
Breed: Great Dane
Province: Western Cape
City: Cape Town
Club Registration: Kusa Registered
Caldygate first Dane came out of Kampala, Uganda dog pound in 1968. A large black male called Ugly. The next Dane, a rescue from Nairobi, came to England with the us. Back in England I bought a fawn bitch from the well known Sherain Kennels. She lived to 14 years and won extensively. However, in those days Danes came second to competition horses. In 1990 I came back to South Africa.

After looking after a few rescue Danes, I bought a male puppy, (ch Melodyhof Troy) by ch Treetower Argon and from ch Liscune Bridget. This started my show career in Cape Town.
A young Brindle girl bought on a hunch from out of the sticks, who came from the famous South African Leaconcord line, became my foundation bitch. Their offspring included several champions.
?
Their progeny are still living and winning in other parts of South Africa. 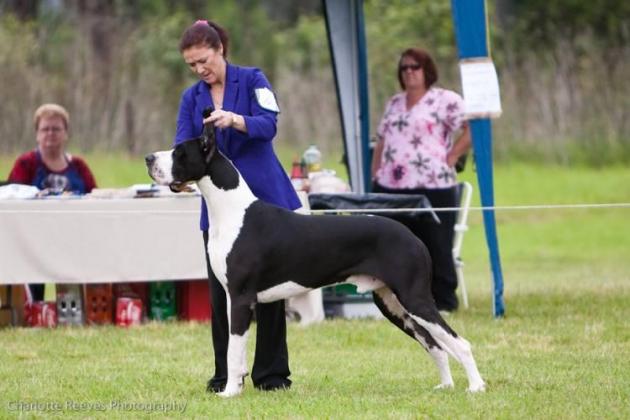 In Germany, the Great Dane has been the country's national dog since 1876. The breed came to Britain the following year. The Great Dane is a giant dog that combines nobility with robustness and power with elegance.

We pride ourselves on excellent customer service and client communication. Hakuna Matata Veterinary Clinic was a finalist at the Cape Talk Radio 2013 Small Business Awards.